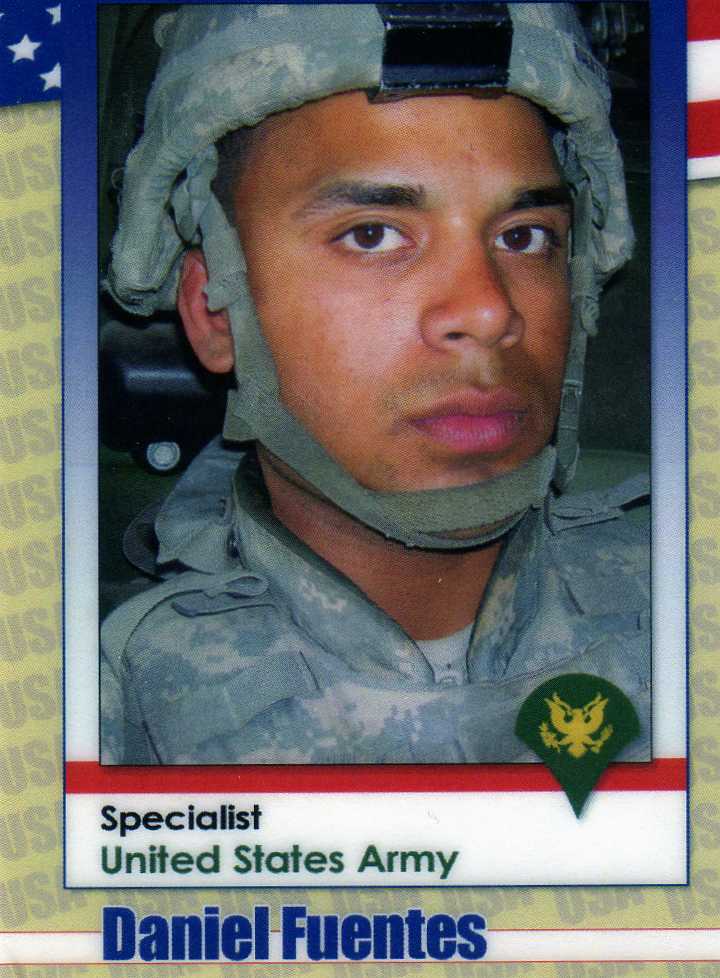 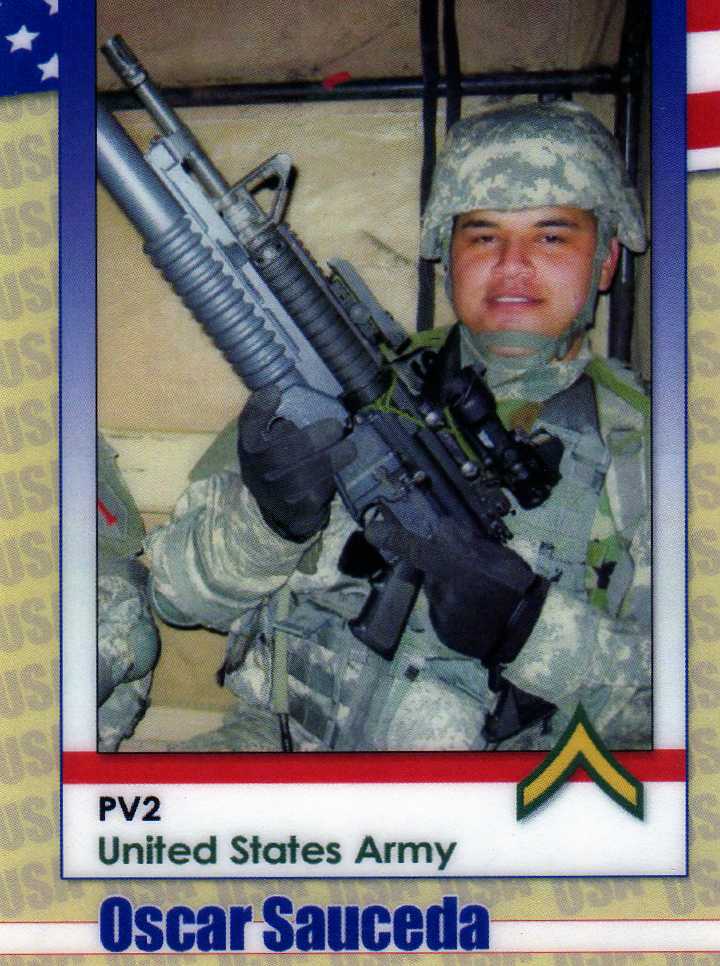 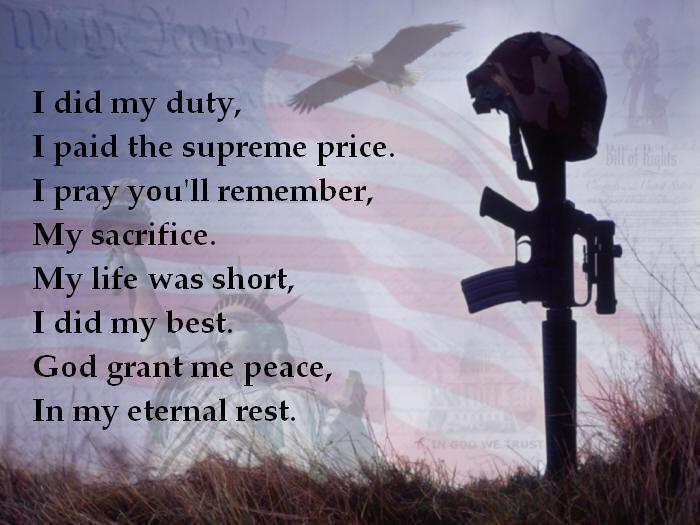 #7 Apr 14, 2007
To the parents & families of Daniel & Jay: Friday, April 13, 2007
I woke up this morning…was cold and rainy in Ks…we’re suppose to be getting snow tonight IN APRIL…. this Kansas weather is always so messed up…..went to work..had a friend call me mid-morning….come with me after lunch….sure, where we going?…we are going to pay our respects out at Ft. Riley….Sure thing I said, it’s the very least we can & should do….The drive to Ft. Riley was wet and quiet…pulled into a packed parking lot at Morris Hill Chapel….saw lots of friends there….Gen Yarbrough and his wife Cathy, Chief of Staff Col Gilliam, Col. Jocz & his wife, Col Teetsal, Col Ingram, the list went on and on. The whole left side of the chapel was filled with green suits, the whole right side friends, supporters and spouses. I read the program to learn about a couple of hero’s- Spc. Daniel Fuentes and Spc Jay Cajimat- who were being honored here today. I looked up at their pictures, their boots, guns, helmets and dog tags and thought “two 20 yrs old- this just isn’t right or fair”. I think about where I was when I was 20 years old and I sure wasn’t doing anything as honorable and meaningful as these two young guys. Both born in 1987, both entered the Army in 2005, both sent to Ft. Benning for training then assigned to Ft. Riley in 2006. Both deployed to Iraq 4 days apart in 2007; both died April 6 in separate incidents. I had probably witnessed some of their training at Ft. Riley with the 4th Brigade- what a great group of soldiers! I went to their unit’s deployment program and my wife probably worked the Red Cross canteen that night they loaded the bus to head to the airport & Iraq. She could have very easily given Daniel & Jay some cookies and punch and wished they good luck. I remember her comment that they all look so young.
The memorial service began with military efficiency and after invocation and scripture reading by the chaplain, a young lady sang “I’m proud to be an American” with her guitar. There wasn’t a dry eye in the place and the ceremony had hardly started. It didn’t get better when their fellow soldiers got up to talk about these extraordinary guys. Both sounded like people you would want to know; the types who would give the shirts off their back if someone else needed them; who had great friends and bright futures; who didn’t hesitate to do the job that needed to be done when it needed to be done. The roll call, 21-gun salute and the playing of taps in the distance pretty much did me in. At the end of the ceremony every person in that chapel approached their boots, guns, helmets and tags, saluted, bowed and/or touched their tags and said Thanks for a job well done. I was especially touched by a group of young women who sat together and all approached the memorial crying together. I figured their husband &/or boyfriends were probably in the same unit and they may have personally known Daniel or Jay. Their “other” family here at Ft. Riley.
As a country we are truly blessed to have sons like yours serving the nation. We’ll never forget the great and courageous Americans who fight for our freedom & I’ll certainly remember your boys name for a long time. I never met them and yet I feel they’re a little part of me now.
My deepest sympathy for you and your family.
Sincerely